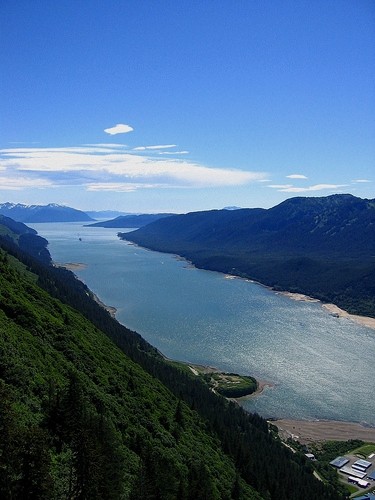 Previous Next
← previous day next day →

The channel is navigable by large ships only from the south east as far as the bridge connecting Douglas Island with the mainland. Between the bridge and the airport in Mendenhall Valley, the channel becomes navigable only to smaller craft and only at high tide.

brilliant view, and the colours are so intense.

@Bronnie: As I recall, it was a brilliant day, the only clear day of that particular week. Thanks for dropping by!

A strong image of nature!

What an amazing view! Your image is spectacular! The colors are vivid and the texture is perfect! Very well done C!

@Jerry: Thanks a lot Jerry! Much appreciated.

@Michael Zhang: Indeed! Thanks for dropping by....

Pretty nice shot, and your commentary very informative.
I get a kick out of a photo with a story !